Wow! It’s really happening! That’s what’s running through my mind 70% of the time that I’m walking. I can’t believe I ever doubted that this would be enjoyable and rewarding. So far I think it’s the best idea I’ve ever had. Almost 6 days and 110 miles. Too long to give a cohesive narrative so I’ll just write some things and post pictures.

This year being a heavy precipitation year has been widely discussed, mostly in the context of the challenges it poses in the Sierras. But it is great for the start! Right away I was struck by how lush the first 20 miles were, and so full of wildflowers, which I am told is very rare. Also every creek that’s usually dried up by now is flowing. This gave me the wrong impression that water would be plentiful everywhere. The past 50 miles were brutally hot with long stretches of no water. I went 18 miles on 4 liters And that wasn’t fun.

I’ve seen a handful of day hikers, especially in the beginning and it’s common they’ll see me and ask as they walk by, ‘You goin’ the whole way?’ On most hikes I’ve been on that question would be asking something like whether you planned to do the half mile scramble past the lake. But they know and I know what they’re asking. Are you planning to walk every day until you reach Canada? ‘That’s the hope’, I’d say. ‘You’ll make it’, they say. Thanks for your confidence stranger.

I’m feeling like people are pretty great. Before I got to the trail I stayed at trail angels Scout and Frodo’s house in San Diego. With 32 other people. They coordinate everyone getting a ride from the airport or train station, they have tons of resources about the trail, they feed us, and they get us to the trailhead the next morning. All the the help of many volunteers. They do this all season and don’t take donations. Everything since then too. The third day friends and I had stopped at a water spigot just off the trail. We fed ourselves and hydrated. I washed my clothes and hung them to dry, we tended to our feet. Generally lounging. A couple came by with plastic bags and a backpack and asked if were thru hikers. They were carrying Gatorade and soda and oranges and clementines,  which we learned were from their garden. What lovely people! Their niece had hiked the PCT last year and is on the AT now.

I’ve been pretty gross. Sand and dirt are everywhere- they fill my shoes and stain my clothes and stick to my skin- toes, legs, face, hair. In the peak of the day I sweat a lot. I smell bad and look bad. My muscles are sore and my feet are raw. But I’m pretty happy and so thankful to not be experiencing any major foot or ankle problems. And averaging ~20 miles a day!

In my time walking along I have memorized Shakespeare’s St Crispians day speech. Time to move on to another.

And now, pics. Bit of a haphazard collection. I think they uploaded in the opposite order I wanted. The first was this morning- my pancake reward at the golf course restaurant in Warner Springs. 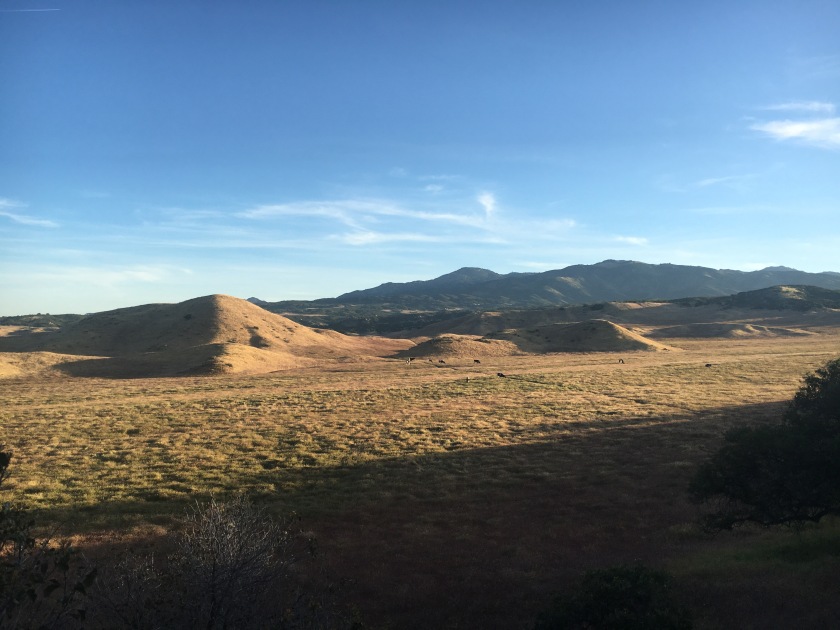 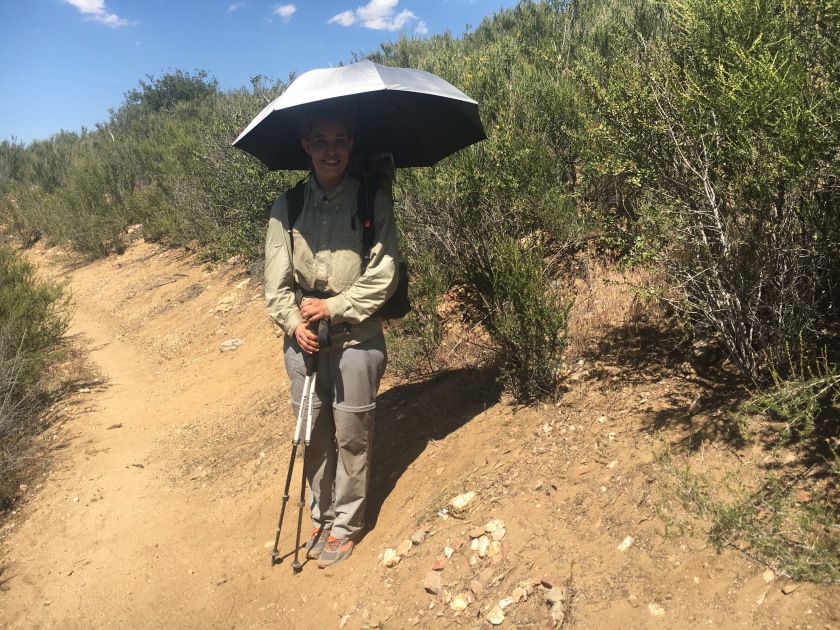 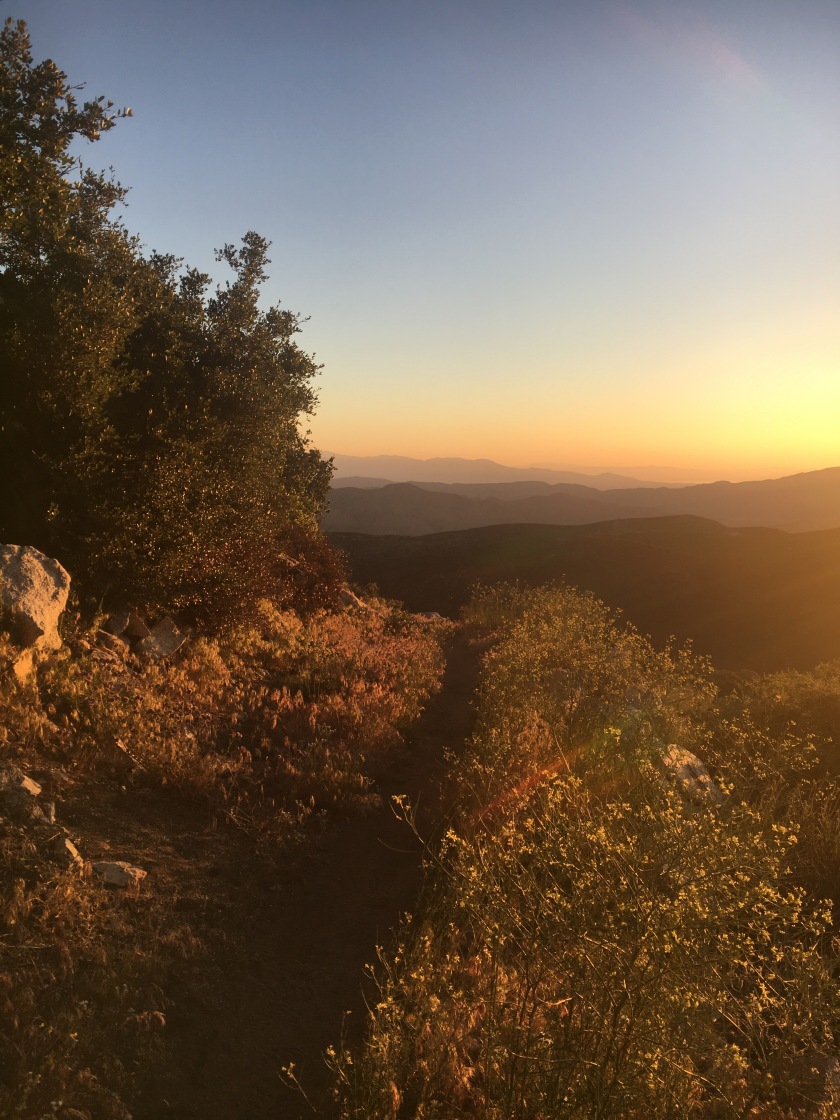 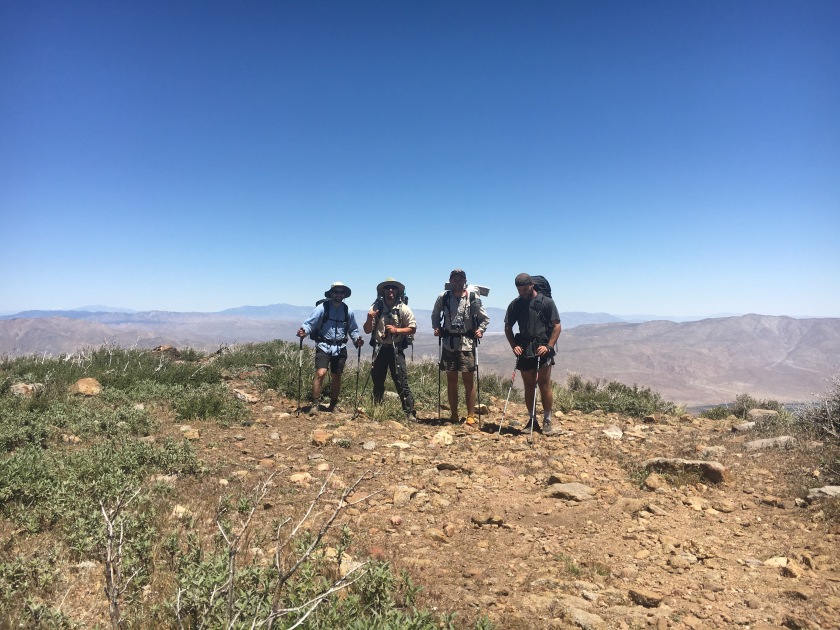 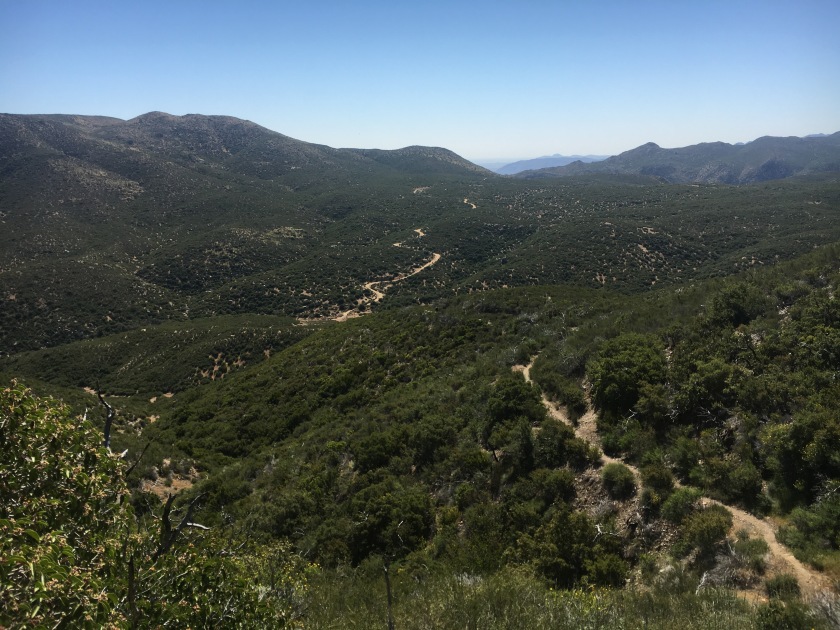 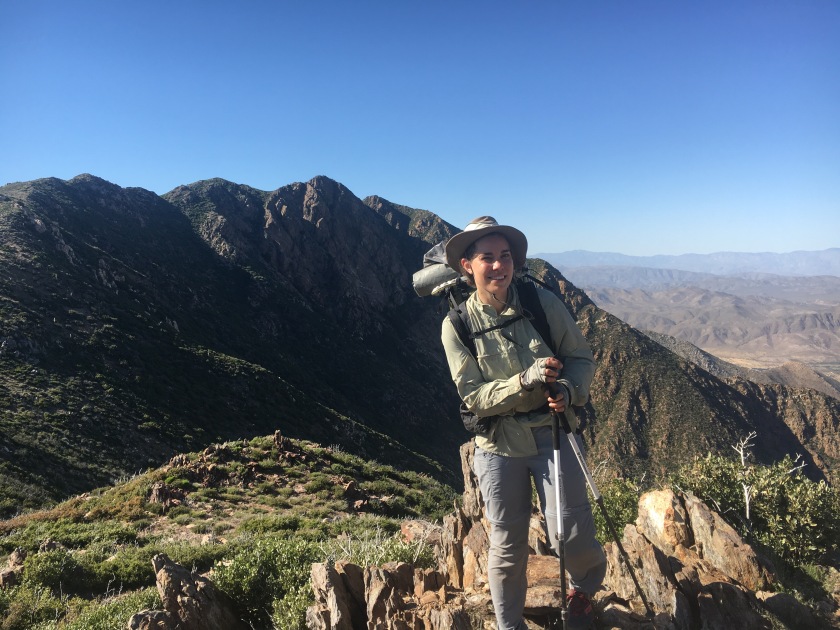 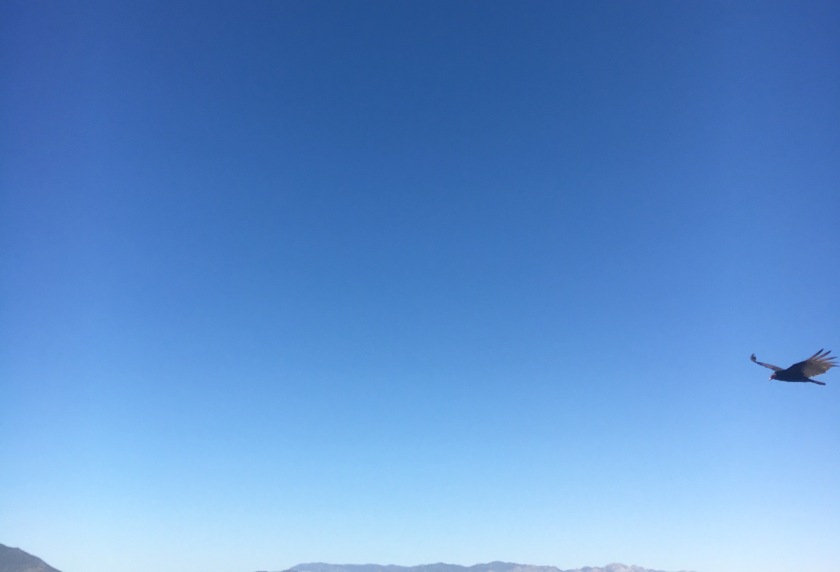 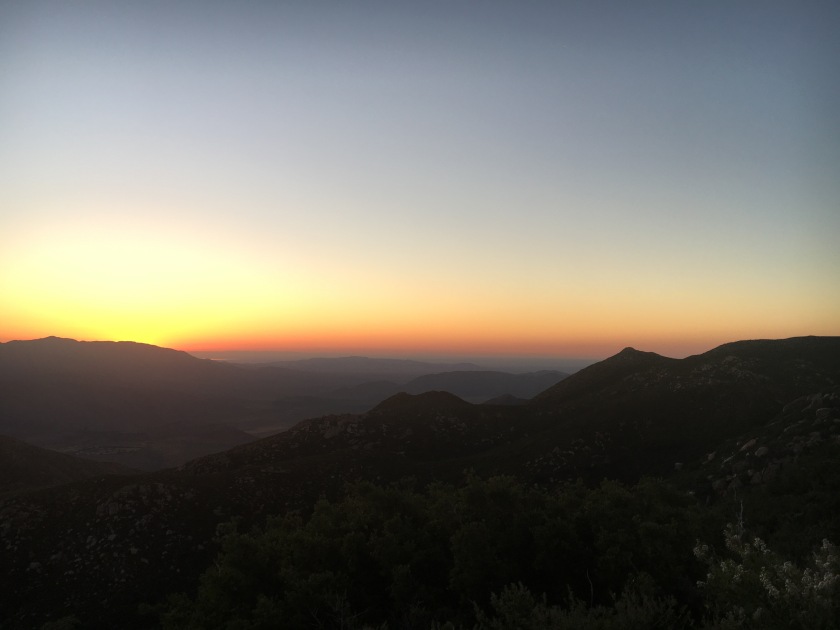 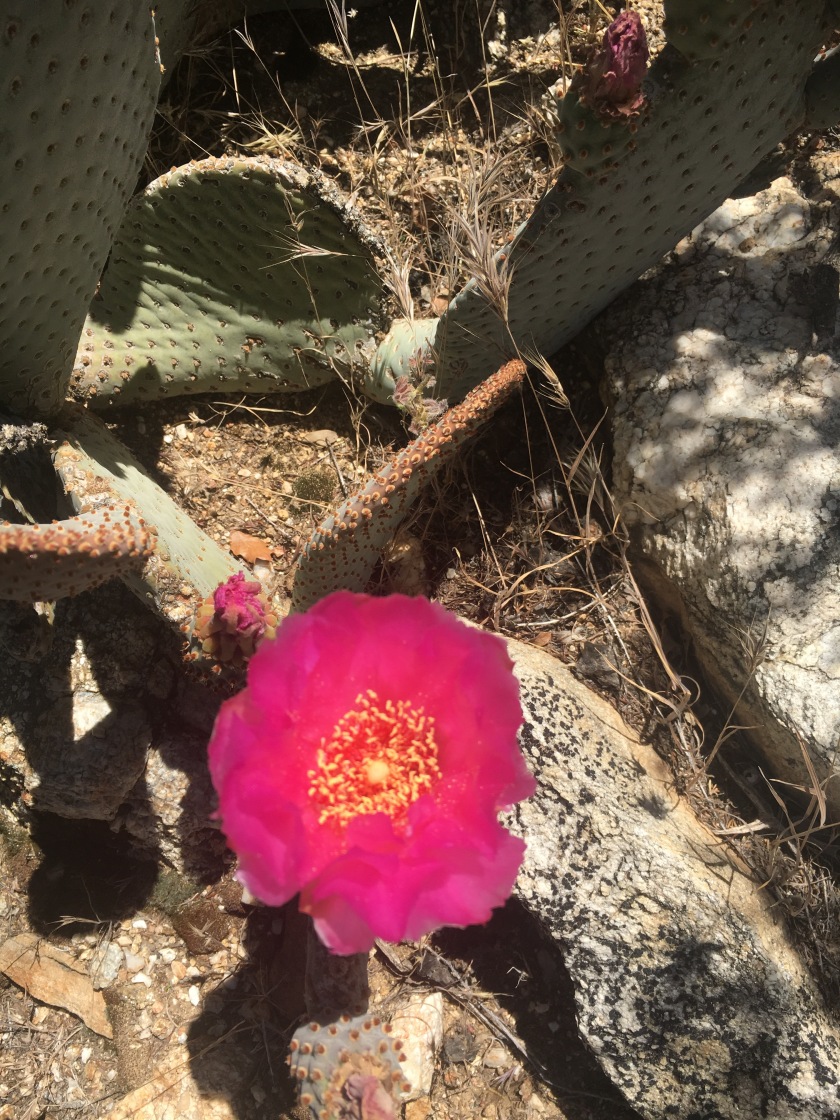 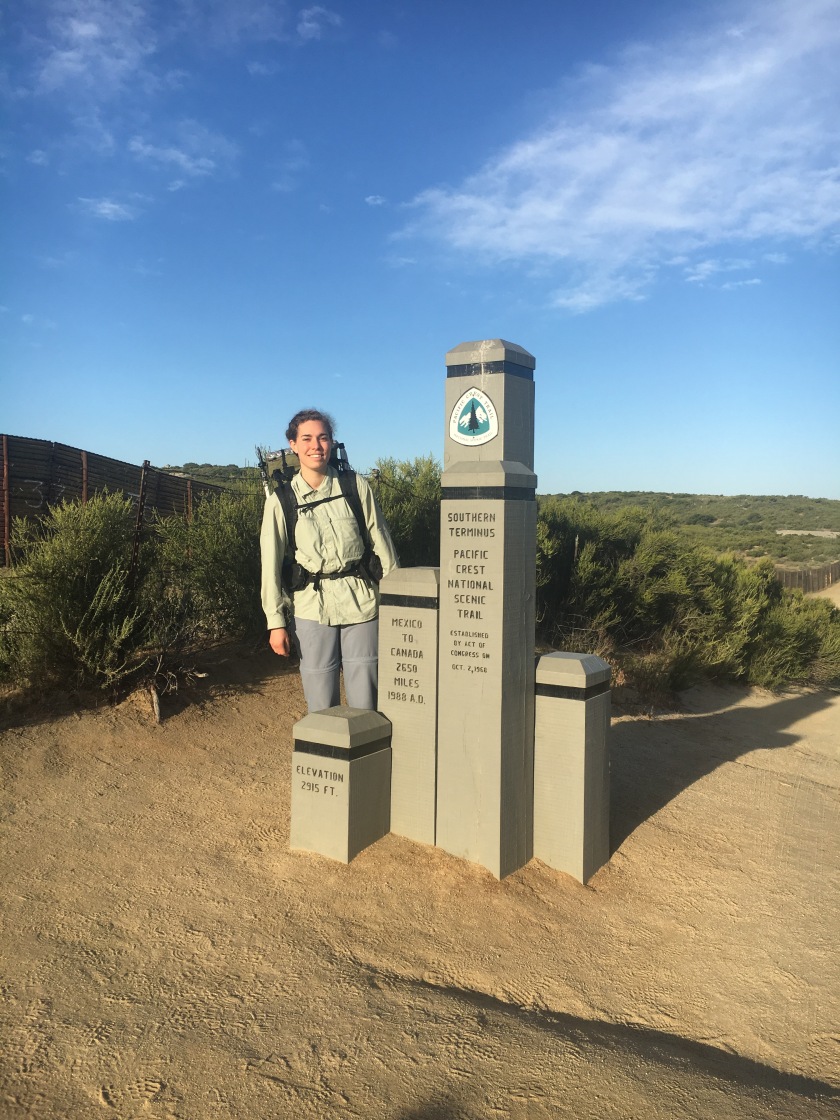 5 thoughts on “The First Stretch”