The last 134 miles have been full of adventure. Maybe our exciting unplanned stay in Truckee the previous stretch left us feeling spontaneous, but we’ve definitely been floating the breeze and taking advantage of every fun detour that came our way.

It started before we even hit the trail. We were standing in front of the gas station with thumbs out, hoping to not have to walk the 1.5 miles on the road uphill to the trailhead in the afternoon heat. Only a few cars passed us by before a couple motorcyclists rode up to fuel up. We had retracted our thumbs. You wouldn’t take a motorcycle hitch, they asked. We looked at each other and shrugged. Why not? So there we were, climbing on the back of Harleys behind grizzled leather-clad bikers. I realized I had never ridden on one and it was quite a thrill! The adrenaline rush gave me a boost during the 7 mile climb that followed.

That night we camped at the first spot we found, a cluster of tent sites around the end of a dirt road. There was water nearby, the view was amazing, and we enjoyed making camp and watching a stunning sunset. Perfect spot. But that night I was having a scary dream and was awoken suddenly to the sound of a revving engine, a yell, and huge round headlights glaring in my eyes. I shrieked. It was 2:30! Someone, probably up to no good, was just turning around on their late night cruise on a middle-of-nowhere dirt road. They almost ran into our friend, False Start, who leapt behind some bushes in his sleeping bag. I think we’ll avoid roads from here on.

The next couple days were beautiful, we were on a ridge for most of it with great views of blue, sparkling lakes below, just far enough that we kept on walking instead of scrambling down. Having to pass by all this water left us itching for a good swim. So when we realized we were approaching the Feather River, said by many to be one of the best swimming spots on the trail, we–Bamm-Bamm, False Start, and I– devised something I’d always wanted to do: a trail zero, or nero. Basically a day where we walk almost no miles and relax on trail. It sounds like a simple concept but most zeros only happen in town when we also have errands to run. Anyway, we planned River Day. And it was great.

Louise here! Yeah there’s not much that I love more than creating an arbitrary holiday, like River Day, and then committing to celebrating it 100 percent. On that day we woke up late (7 or so), walked the four miles down to the river, dropped our packs and waded straight in. Morgan and False Start found our new “home” on the sandy banks about a quarter mile upstream, and there we set up camp, (at 11!). Then commenced the river laundry, crawfish hunting, rock cairn making, and floating, all. day. long. We normally walk by beautiful spots and remark about how wonderful it would be to spend a day enjoying that place if only we had the time… now since our friends are still behind us and we’d like to see them again, why not take our time?

The next day we saw a huge sign on the trail, inviting hikers to stay at a trail angel’s house nearby. So, motivated by that same River Day mentality, we took them up on the offer and ended the day midday, 13 miles in, and had an amazing time getting to know other hikers (in cotton!) and the family who took us in. One youthful Mississippian hiker, Dutch, taught us some “bruh” trail lingo, like “bangin’ out some miles” and “kick some mountains in the face!” Our new trail angel friend Nancy (what a cool woman) reminded us of past trail vocabulary like “mashing miles” and then in a stroke of genius invented “squishing miles” … Morgan, False Start, and I really took to that one. We decided that from now on we would primarily squish out miles, in honor of our new friend Nancy.

So that day we squished 23 miles into Belden, curious about the whole “rave” situation, and arrived just in time to witness the start of a big hippy party in the weirdest town yet… we had heard that PCT hikers were allowed to be in town during the festival, but in actuality the security guards singled us all out and were quite aggressively trying to force hikers out of the town. The problem is, I’m pretty sure they can’t legally do that, especially since we have PCT permits and the trail passes right through… anyways, despite feeling quite unwelcome at points, the ecstatic ravers were very excited to talk to and meet hikers, which made it worth it to stick in town for a bit. Morgan and I both bought disguises in a vintage clothing bus and snuck back out onto the beach by the Feather River. We spent hours there, grooving to the music, swimming, and sitting on floats… definitely a singular experience.

On top of that, we got to see White Spot and No Steps, and Radio as they passed through the town! Morgan even reunited with a trail friend from before my time, Linus, and got to catch up for a while. Big hugs were given, it was so nice to see them all again 🙂

We headed out after the heat of the day had passed and camped a couple miles out of Belden, by Chipps Creek. It was actually good we didn’t go further because we heard from hikers who camped 6 miles away (but not near a water source), that they could still hear the pumping of the bass from the rave. Where we slept by Chipps Creek, all we could hear was the water rushing on and on, like it always does.

The next day we hiked 27 miles (my biggest day yet, it felt good!), ran into some really great trail magic about 10 or so miles from the official PCT halfway marker, and camped alongside new hiking friends, Munchies, Diaper Boy, Pre-K, Dutch, and False Start who were all excited to celebrate their halfway points the next morning. It’s not my halfway point (I have calculated that I’ve walked 775 pct miles so far), nor Morgan’s (she’s at 1144), but it was really cool to see it and celebrate this accomplishment with them.

And now here we are in Chester, land of Kopper Kettle Cafe and the Antlers Motel, resting, doing laundry, catching up with friends, blogging ;), and hoping that soon we’ll see Sunbeam, Frosty, and Atlas again too. (PS, a few hours after writing this we heard that Atlas arrived in Chester! And that Sunbeam and Frosty passed us on the trail… so I guess now weee’ve got some catching up to do!) 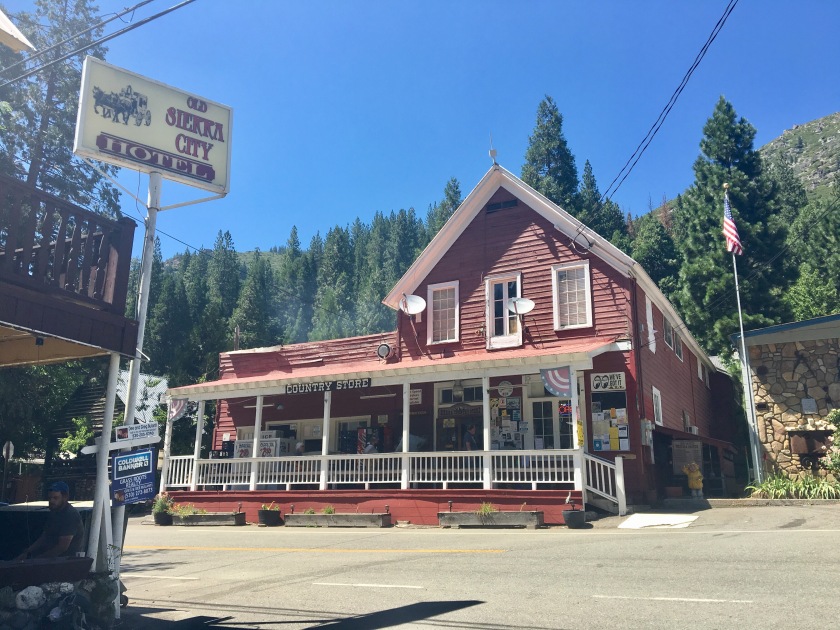 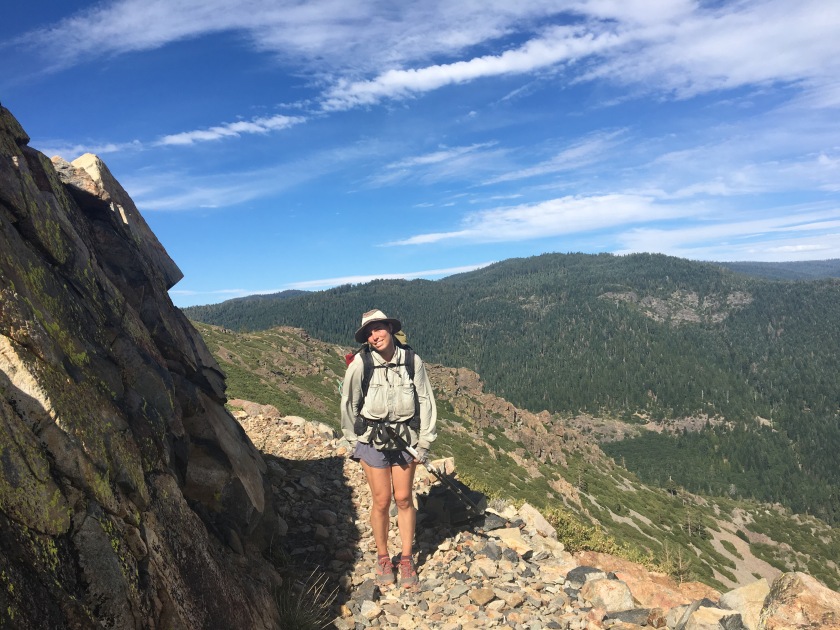 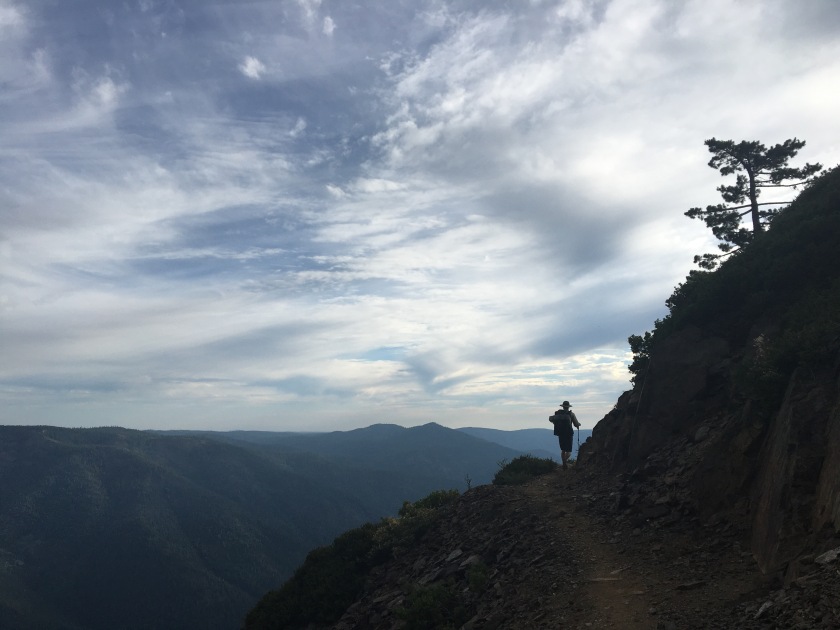 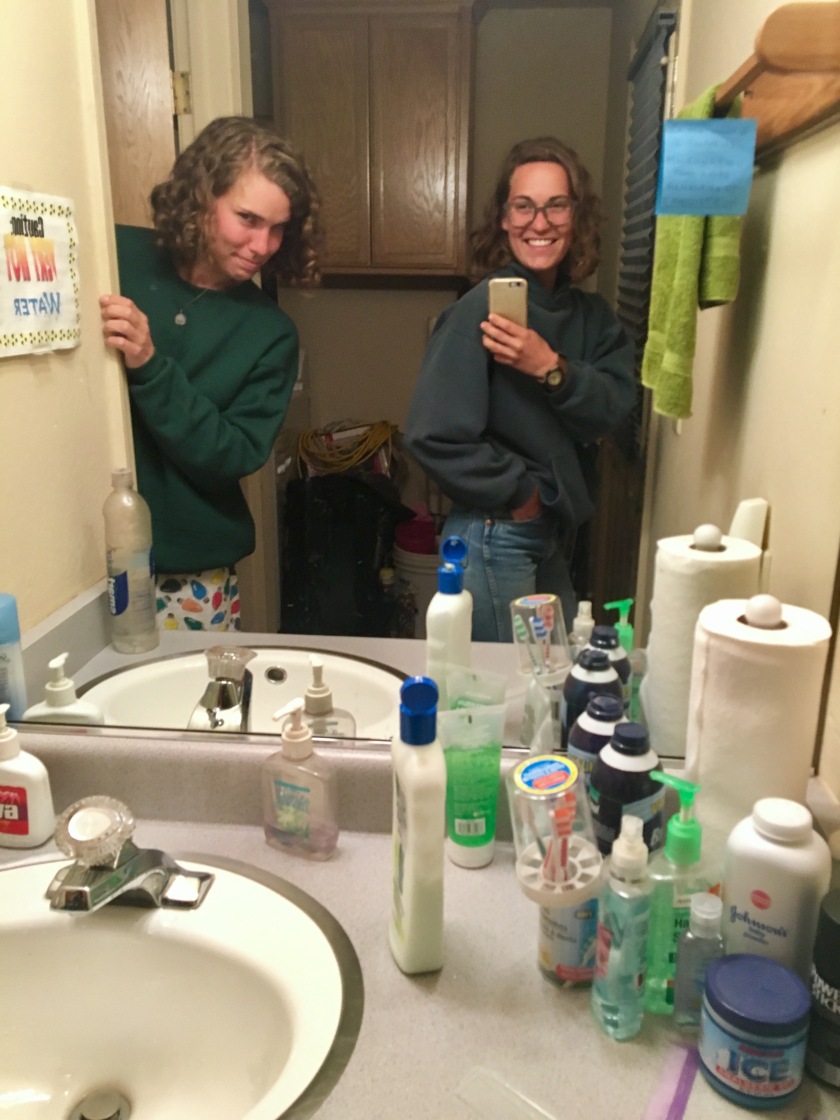 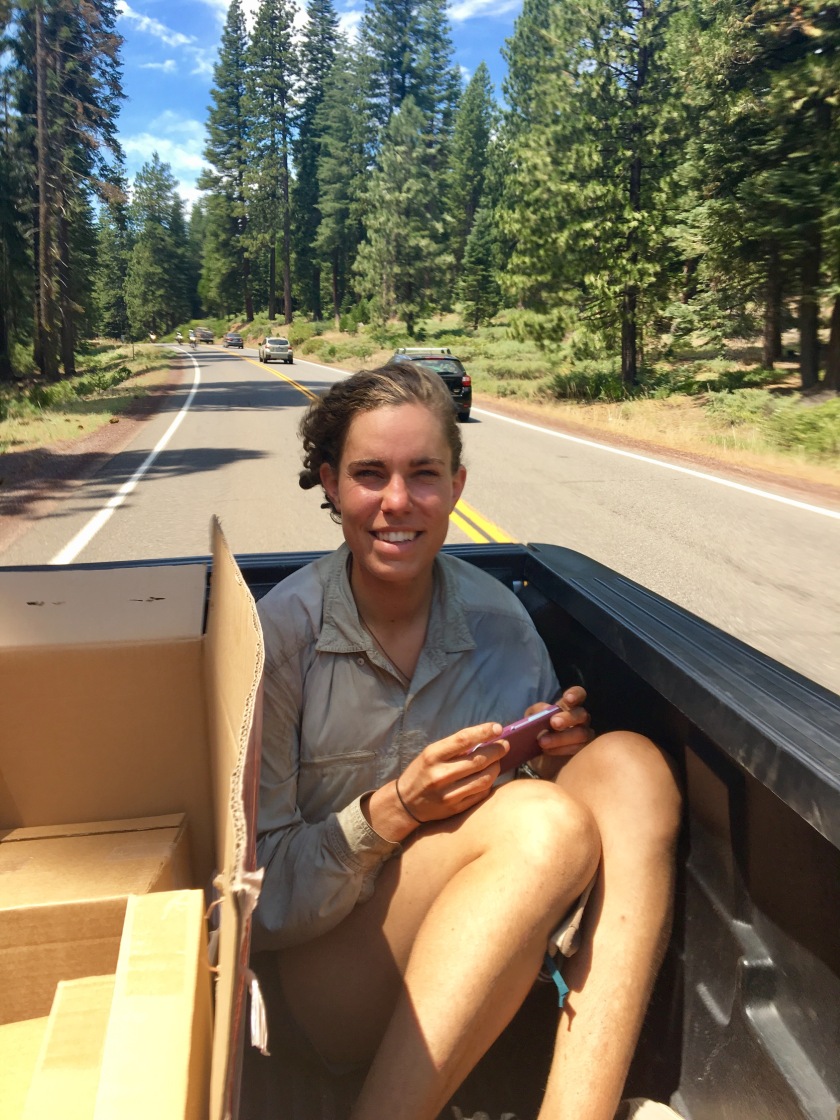